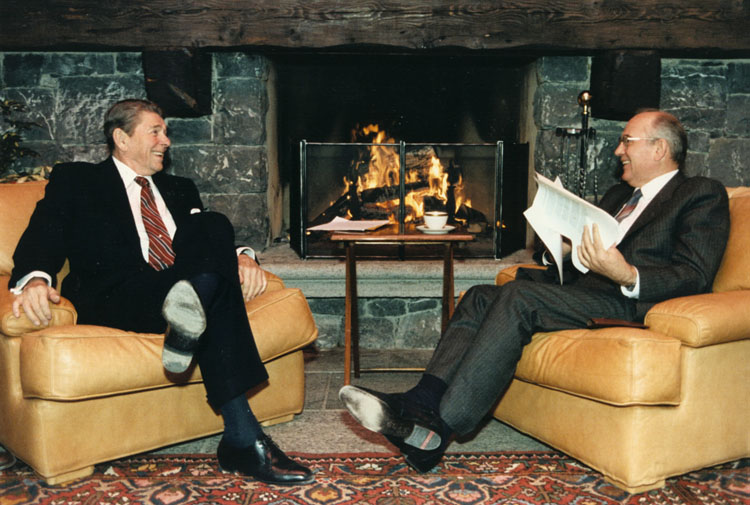 On this day in 1984, President Ronald Reagan, long known for his sense of humor, makes a controversial joke while doing a sound check before his weekly Saturday radio address:

“My fellow Americans, I am pleased to tell you today that I’ve signed legislation that will outlaw Russia forever. We begin bombing in five minutes.”

Reagan was riffing on the actual opening line of his speech, regarding religious freedom:

“I’m pleased to tell you that today I signed legislation that will allow student religious groups to begin enjoying a right they’ve too long been denied — the freedom to meet in public high schools during nonschool hours, just as other student groups are allowed to do. This has been given the shorthand label “equal-access legislation.”

In fact, it was just a couple weeks later on August 23rd that Reagan would deliver his famous line:
“If we ever forget that we’re one nation under God, then we will be a nation gone under.”

Sure, the bombing joke may have been embarrassing, and in poor taste. It even caused at temporary dip in the President’s approval rating. Even so, he went on to win a second term.

Furthermore, even though Reagan had referred to Russia as the “evil empire,” he established a close relationship with Soviet leader Mikhail Gorbachev starting in 1985. His sense of humor may have had something to do with that. They went on to sign the Intermediate-Range Nuclear Forces Treaty in 1987, the Cold War thawed, and the Berlin Wall eventually was torn down.

Our Lost Founding suggests that we, as “fellow Americans” lighten up. Most importantly, let’s heed President Reagan’s warning to not “forget that we’re one nation under God.”

Ronald Reagan : "I owe my life to God"
0 replies