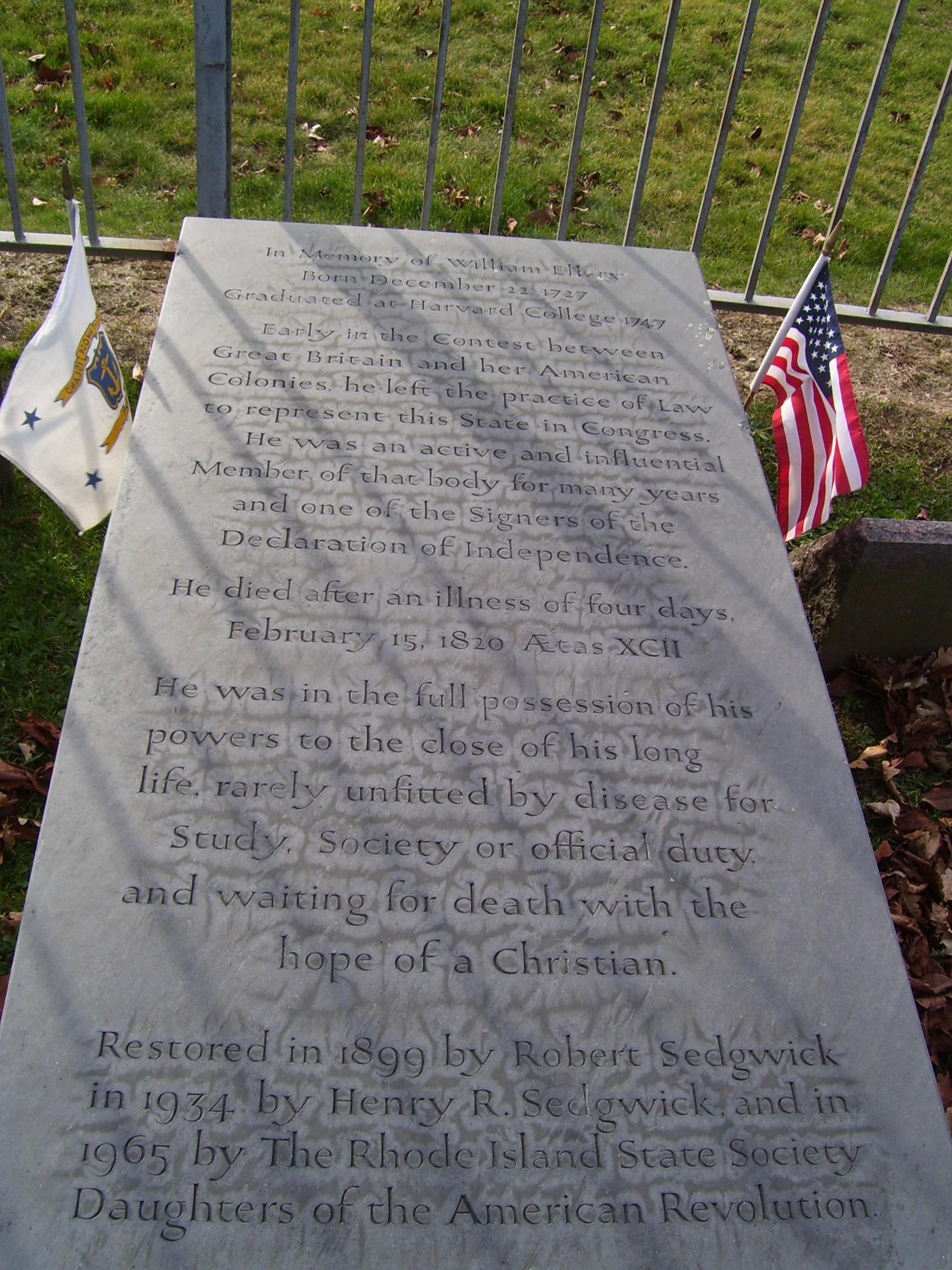 On this day in 1727, William Ellery, signer of the Declaration of Independence is born in Newport, Rhode Island. He worshipped at the Second Congregational Church of Newport. Fittingly, he was known to say “The Lord reigneth” in times of trouble.

Interestingly, the size of Ellery’s signature on the Declaration of Independence is second only to that of John Hancock. Ellery also signed of the Articles of Confederation.

He was a 1747 graduate of Harvard College in 1747, and along with Ezra Stiles, pastor of the Second Congregational Church of Newport (and future president of Yale), he co-authored the charter for the college that became Brown University. Its motto, “In Deo Speramus,” also featured on its Seal, means “In God We Hope.”

A few years later, in 1770, Ellery became involved with the Rhode Island Sons of Liberty.

During the American Revolution, in a letter to Pastor Stiles dated July 20, 1776 he wrote, “The Road to Liberty, like the Road to Heaven is strewed with Thorns. Virtue lives in Exertion. But thank Providence…“

William Ellery walked those hard roads, and as seen on his tombstone, also in Newport, he “wait[ed] for death with the hope of a Christian.”

At Christmastime, it’s worthwhile to take some time to consider the source of Our hope. 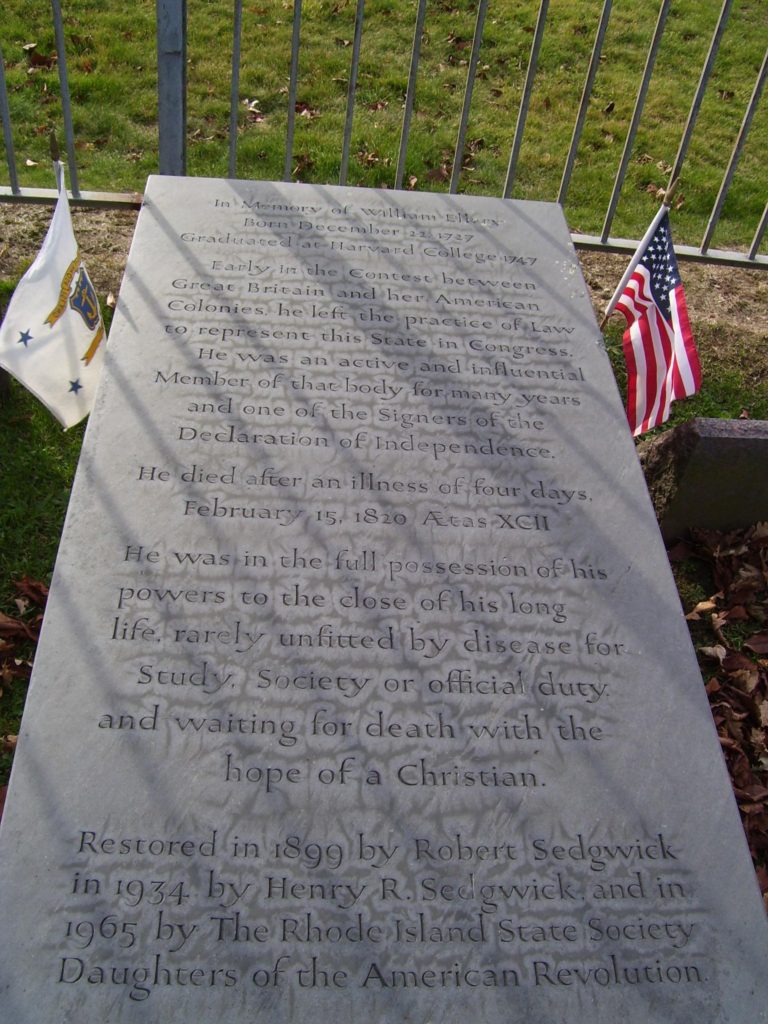 Valley Forge : Through the Valley… Forged.

Crossing the Delaware: Emanuel and Immanuel
Scroll to top
MENU