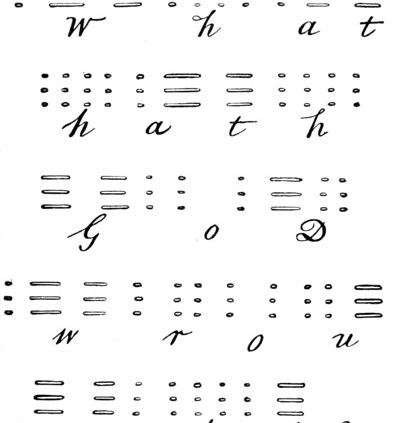 On this day in 1844, Samuel Finley Breese (F.B.) Morse dispatches the first ever telegraphic message over an experimental line running from Washington, D.C., to Baltimore. Telegrams forever changed our national communication system.

That iconic, timeless first message was “What hath God wrought?”

Now it shall be said…

Here is some more context of that Bible verse:

21b The LORD their God is with them,
and the shout of a king is among them.
22 God brings them out of Egypt
and is for them like the horns of the wild ox.
23 For there is no enchantment against Jacob,
no divination against Israel;
now it shall be said of Jacob and Israel,
‘What has God wrought!’
24 Behold, a people! As a lioness it rises up
and as a lion it lifts itself;
it does not lie down until it has devoured the prey
and drunk the blood of the slain. 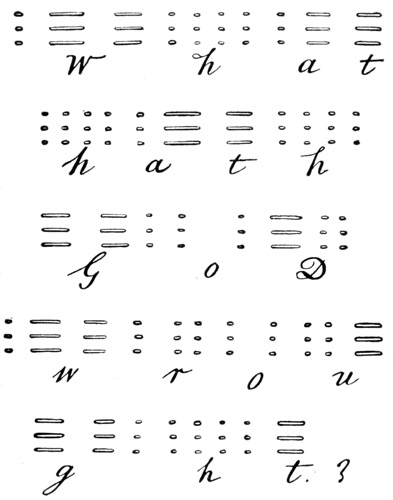 Defence of Our National Anthem
0 replies

The State of South Carolina : Supreme Being and Quis Separabit