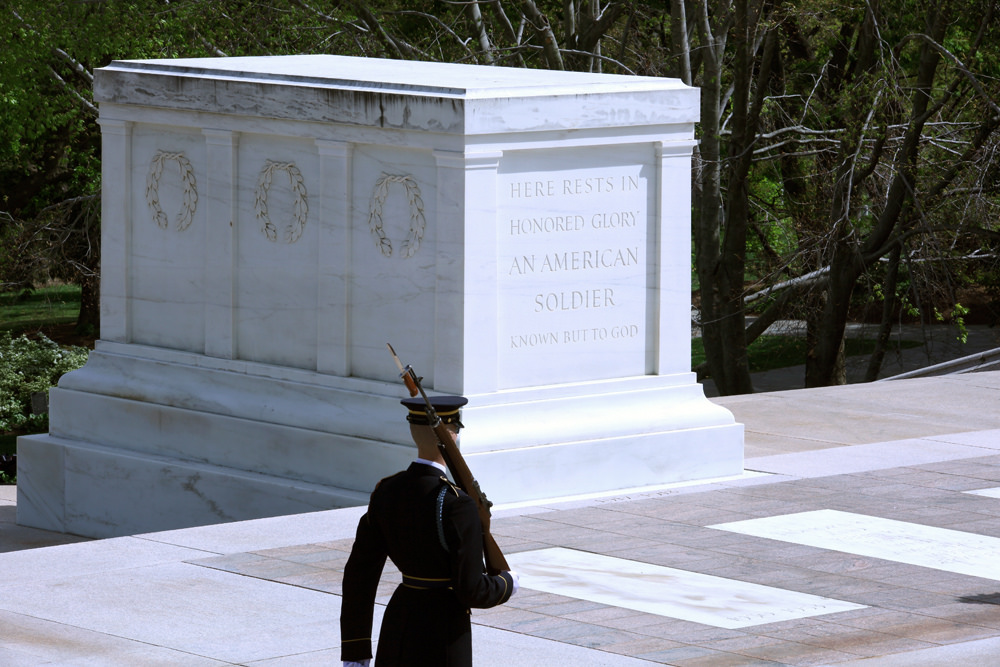 On this day in 1921, in the city hall of Chalons-sur-Marne in France, decorated U.S. Army Sgt. Edward F. Younger selects the first “Unknown Soldier.”

Sergeant Younger had been wounded in combat, and was a recipient of the Purple Heart and the Distinguished Service Medal.

Earlier that year, on March 4, Congress approved the burial of an “unknown” American soldier from World War I in the plaza of the Memorial Amphitheater.

So, four bodies were transported to Chalons-sur-Marne, one each from four cemeteries of great World War I battlegrounds. The service records stated “the four bodies selected represented the remains of soldiers of which there was absolutely no indication as to name, rank, organization or date of death.”

Then, on the morning of October 24, Sergeant Younger entered the city hall where the four caskets were displayed, each draped with the American flag. He carried a spray of white roses with which to select the chosen casket. Here is what he did next, in his own words: “I walked around the coffins three times, then suddenly I stopped. What caused me to stop, I don’t know, it was as though something had pulled me. I placed the roses on the coffin in front of me. I can still remember the awed feeling that I had, standing there alone.”

Bearing the inscription “An Unknown American who gave his life in the World War,” the chosen casket was brought to the United States, where the Unknown Soldier was buried in Arlington National Cemetery.

The tomb sarcophagus we all recognize was placed above the grave of this Unknown Soldier from World War I. Its western panel is inscribed with these words: