On this day in 1885, the Washington Monument is formally dedicated. It was, of course, built for military and political hero, America’s first president George Washington.

Appropriately, the cornerstone was laid on July 4, 1848, and construction halted during the Civil War.

Then, on December 6th, 1884, a nine-inch pyramid of cast aluminum is placed atop the Washington Monument, and thus completed construction. That aluminum pyramid was the largest piece of aluminum in the world at the time it was cast.

All four faces of the aluminum apex bear inscriptions in Snell Roundhand. Among them, on the east side, facing the rising sun is “Laus Deo,” which is Latin for Praise be to God. Although weather and and ill-placed lightning rod base have corroded the letters beyond legibility, the significance of the phrase endures.

Finally, in 1888 the monument opened to the public. This marble obelisk, at 555′ 5 1/8″ was the tallest structure in the world when completed. It remains today, by law, the tallest building in Washington, D.C.

A fitting monument indeed for the Father of Our Country. 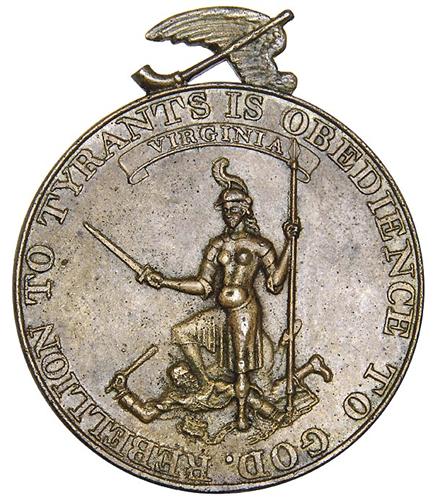 Virginia: "Rebellion to tyrants is obedience to God."

Ulysses S. Grant : The Army and the Anchor

George, Genesis, and the Capital Cornerstone

Crossing the Delaware: Emanuel and Immanuel 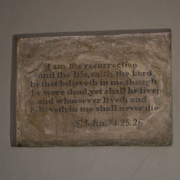