On this day in 1812, the aptly-named War of 1812 begins when President James Madison requests a declaration of war. In his Special Message to Congress he pointed to “a series of acts hostile to the United States as an independent and neutral nation” by Great Britain.

Given the “crying enormity” of these acts and the “solemn alternative,” Madison made clear the source of his trust:
“Whether the United States shall continue passive under these progressive usurpations and these accumulating wrongs, or, opposing force to force in defense of their national rights, shall commit a just cause into the hands of the Almighty Disposer of Events…” (emphasis added)

Then, on September 13, 1814, toward the end of this war, the sight of our “broad stripes and bright stars” “by the dawn’s early light,” despite the blistering British Bombardment of Fort McHenry in Baltimore harbor, inspired Francis Scott Key to pen the poem the “Star-Spangled Banner.”
The first verse of his poem became Our national anthem in 1931.

That same flag, and a key couplet from the fourth verse (did you know there was a fourth verse?) of Key’s poem inspired the design for Our “Star Spangled Motto” t-shirt:

“Then conquer we must, when our cause it is just,
And this be our motto: ‘In God is our trust.’ “

Today, our National Motto is, of course, “In God We Trust.”

Find your shirt in time for the Fourth of July, HERE! 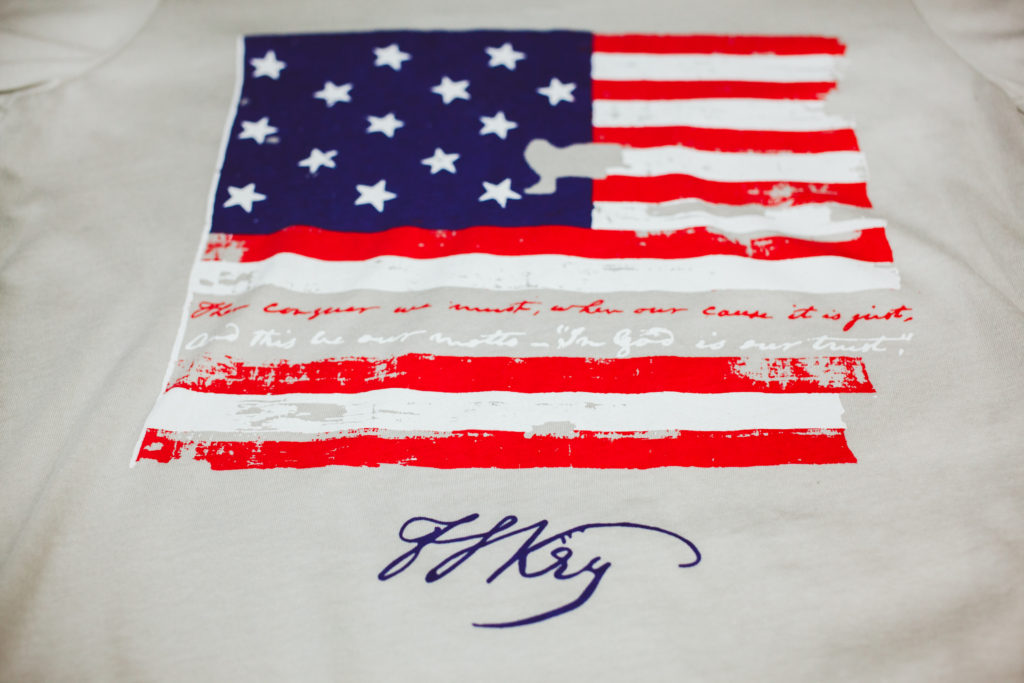 Defence of Our National Anthem

Did You Know? From one F. Scott to another 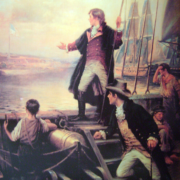 What do Our Creator and Our cause have in common?
0 replies