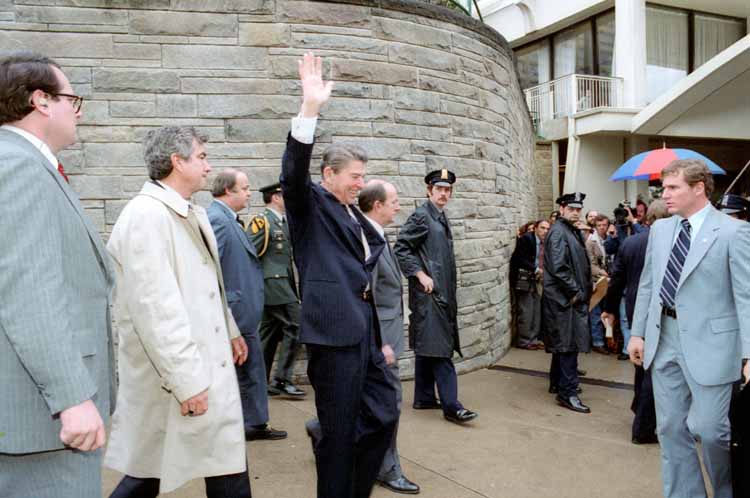 On this day in 1981, in an assassination attempt, John Hinckley Jr. shoots President Ronald Reagan in the left lung as the President left the Washington Hilton hotel. The bullet narrowly misses his heart. Still, the President walks in to George Washington University Hospital under his own power.

Less than two weeks later on April 11, the resilient Reagan returned to the White House. He concluded his diary entry for that day with this powerful statement:

“Whatever happens now I owe my life to God and will try to serve him in every way I can.”

“Getting shot hurts. Still my fear was growing because no matter how hard I tried to breathe it seemed I was getting less & less air. I focused on that tiled ceiling and prayed. But I realized I couldn’t ask for God’s help while at the same time I felt hatred for the mixed up young man who had shot me. Isn’t that the meaning of the lost sheep? We are all God’s children & therefore equally beloved by him. I began to pray for his soul and that he would find his way back to the fold.”

General George S. Patton provides Three Ways to Get What you Want