On this day in 1865, Abraham Lincoln’s 56th birthday, Rev. Dr. Henry Highland Garnet was the first African American to address the U.S. House of Representatives.

Garnet, a former slave himself, was a pastor of the 15th Street Presbyterian Church in Washington, D.C. His sermon commemorated the victories of the Union army and the deliverance of the country from slavery.

“From foundation to dome”

“The other day, when the light of Liberty streamed through this marble pile, and the hearts of the noble band of patriotic statesmen leaped for joy, and this our national capital shook from foundation to dome with the shouts of a ransomed people, then methinks the spirits of Washington, Jefferson, the Jays, the Adamses, and Franklin, and Lafayette, and Giddings, and Lovejoy, and those of all the mighty, and glorious dead, remembered by history, because they were faithful to truth, justice, and liberty, were hovering over the august assembly. Though unseen by mortal eyes, doubtless they joined the angelic choir, and said, Amen.”

“Then before us a path of prosperity will open, and upon us will descend the mercies and favors of God. Then shall the people of other countries, who are standing tiptoe on the shores of every ocean, earnestly looking to see the end of this amazing conflict, behold a Republic that is sufficiently strong to outlive the ruin and desolations of civil war, having the magnanimity to do justice to the poorest and weakest of her citizens. Thus shall we give to the world the form of a model Republic, founded on the principles of justice and humanity and Christianity, in which the burdens of war and the blessings of peace are equally borne and enjoyed by all.” 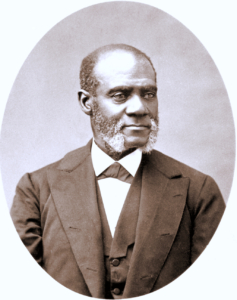