Thomas Jefferson “Rebellion to Tyrants is Obedience to God”

The Motto:
“Rebellion to Tyrants is Obedience to God”

On July 4, 1776, The Second Continental Congress appointed a committee to select a design for a United States seal. The committee members were John Adams, Benjamin Franklin, and Thomas Jefferson.

Jefferson’s concept was similar to Franklin’s, whose description reads:

“Jefferson’s Moses standing on the Shore, and extending his Hand over the Sea, thereby causing the same to overwhelm Pharoah who is sitting in an open Chariot, a Crown on his Head and a Sword in his hand. Rays from a Pillar of Fire in the Clouds reaching to Moses, to express that he acts by Command of the Deity.

Motto, Rebellion to Tyrants Is Obedience to God.”

Thomas Jefferson eventually appropriated that motto for his own seal, seen below.

We combined the spirit of his personal seal with heft of the ornamentation on the gates of Monticello Graveyard where Jefferson is buried, also seen below. In order to not interfere with the primary design, we placed Jefferson’s signature on the right sleeve, as he was right-handed. 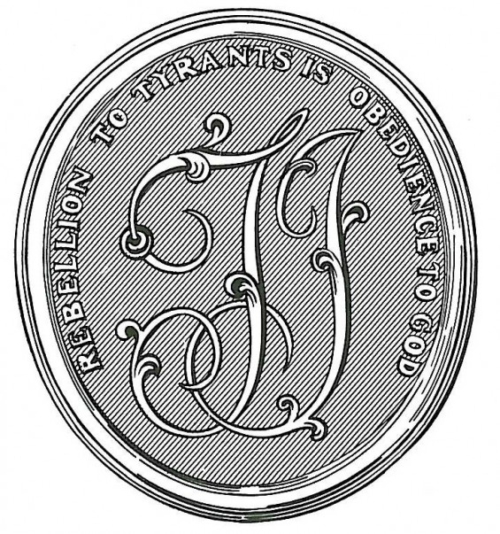 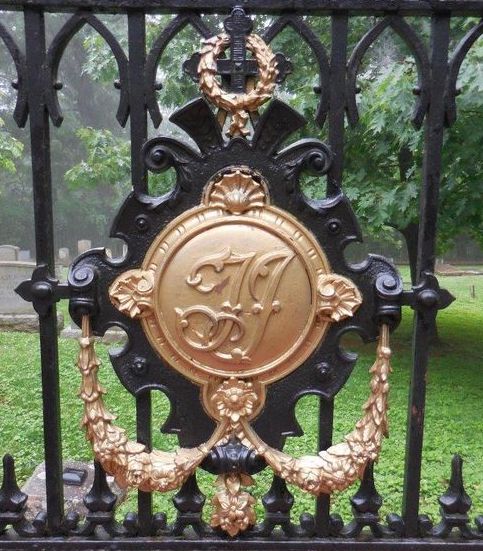 Our Declaration x 3: “our Lives, our Fortunes and our sacred Honor...
Scroll to top
MENU