On this day in 1922, former President William Howard Taft dedicates the Lincoln Memorial on the National Mall.

At the time, Taft was chairman of the Lincoln Memorial Commission was also serving as chief justice of the U.S. Supreme Court. He remains the only former president to also serve on the Supreme Court.

Next, what follows are several excerpts from Taft’s dedication address:

“Justice, truth, patience, mercy, and love of his kind, simplicity, courage, sacrifice, and confidence in God were his moral qualities. Clarity of thought and intellectual honesty, self-analysis and strong inexorable logic, supreme common sense, a sympathetic but unerring knowledge of human nature, imagination and limpid purity of style, with a poetic rhythm of the Psalms — these were his intellectual and cultural traits. His soul and heart and brain and mind had all these elements…”

“[A] personality that is vivid in the hearts of the people as if it were but yesterday. We feel a closer touch with him than with living men. The influence he still wields, one may say with all reverence, has a Christ-like character. It has spread to the four quarters of the globe. The oppressed and lowly of all peoples, as liberty and free government spread, pronounce his name with awe, and cherish his assured personal sympathy as a source of hope. Their leaders quote his glowing words of patient courage, of sympathy with the down-trodden, of dependence on God’s wisdom and justice, and of his never-ceasing prayer for liberty through the rule of the people.”

“His own life without favoring chance in preparation for the task which Providence was to put on him, his early humble surroundings, his touch with the soil, his oneness with the plain people, and the wonder that out of these he could become what he was and is, give us a soul stirring pride that the world has come to know him and to love him as we do.”

“Here is a shrine at which all can worship. Here an altar upon which the sacrifice was made in the cause of Liberty. Here a sacred religious refuge in which those who love country and love God can find inspiration and repose.” 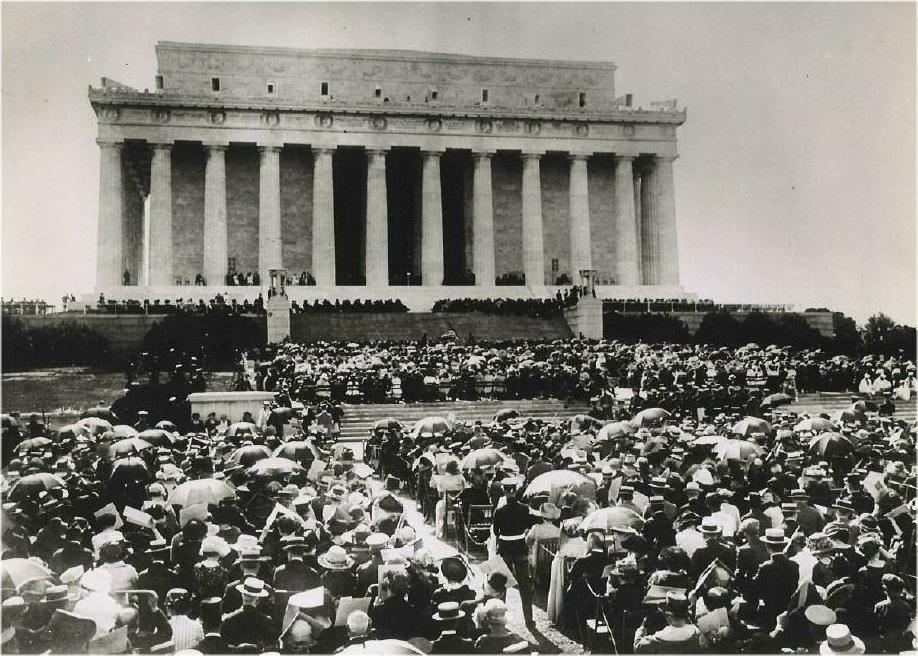