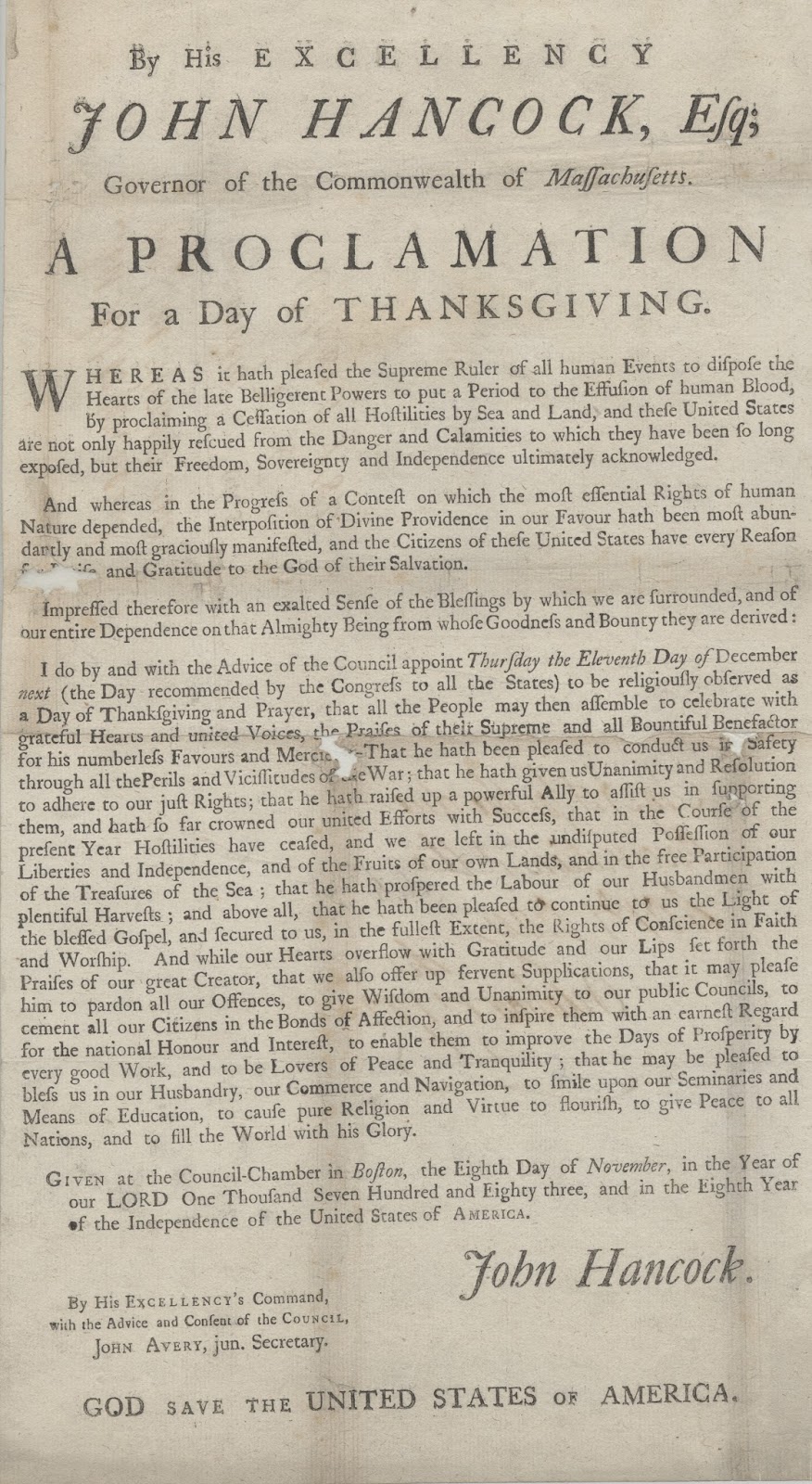 On this day in 1776, the Second Continental Congress gives privateers permission to attack any and all British ships.

A privateer was a private person or ship authorized by a government by letters of marque to attack foreign vessels during wartime and take them as prizes. Even so, the distinction between pirates and privateers was non-existent to those who encountered them on the high seas.

Here is the opening line of the bill:

INSTRUCTIONS to the COMMANDERS of Private Ships or Vessels of War, which shall
have Commissions or Letters of Marque and Reprisal, authorising them to make Captures
of British Vessels and Cargoes.

John Hancock, President of the Continental Congress, signed that bill in response to these ‘hostilities by sea.’

In a Proclamation of Thanksgiving written for December 11th, 1783 he wrote, in part:

“Whereas it hath pleased the Supreme Ruler of all human events, to dispose the hearts of the late belligerent powers to put a period to the effusion of human blood, by proclaiming a cessation of all hostilities by sea and land… .”

“And whereas in the progress of a contest on which the most essential rights of human nature depended, the interposition of Divine Providence in our favor hath been most abundantly and most graciously manifested, and the citizens of these United States have every possible reason for praise and gratitude to the God of their salvation.”

Impressed, therefore, with an exalted sense of the blessings by which we are surrounded, and of our entire dependence on that Almighty Being, from whose goodness and bounty they are derived…”

You may read the entire proclamation of John Hancock below.

At Our Lost Founding, we steadfastly believe in demonstrating gratitude and praise for our Creator while offering fervent supplications. Indeed, those prayers, and imploring that “God Save the United States of America” are timeless traditions that bless our nation. 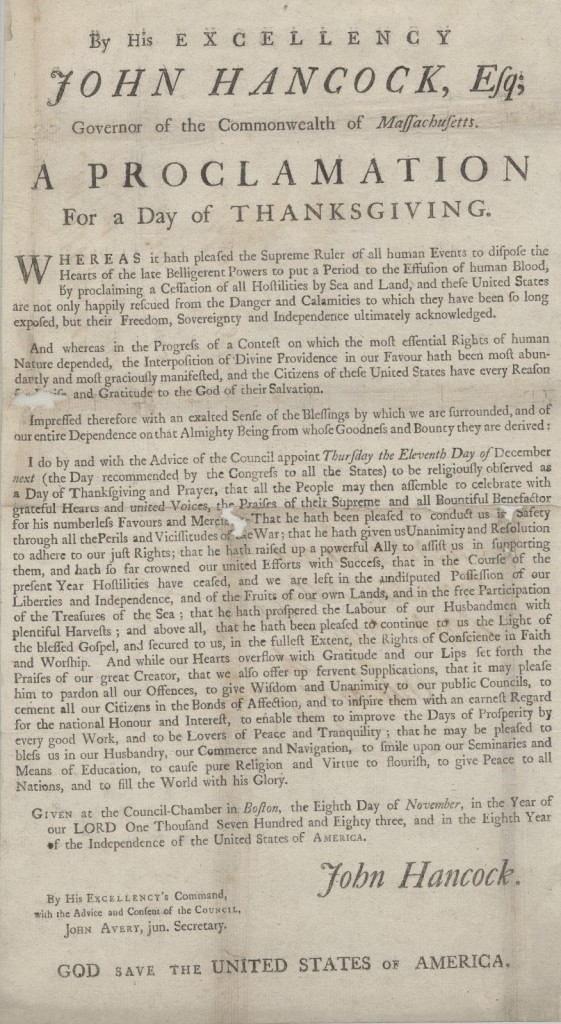 Harry S. Truman on renewed hope for “peace on earth, good will among ...
Scroll to top
MENU