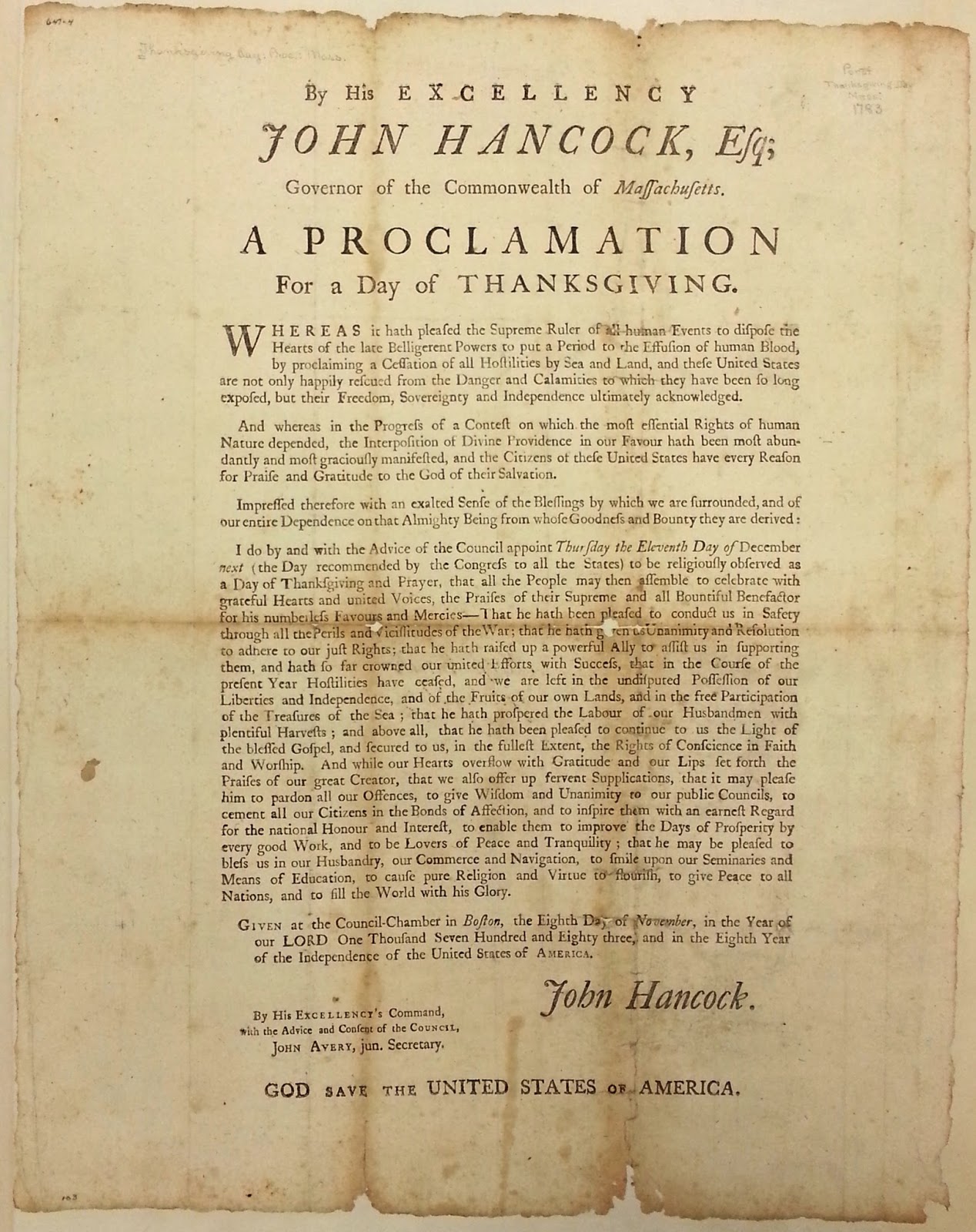 On this day in 1775, John Hancock is elected president of the Second Continental Congress.

Of course, we know the name John Hancock for his large, central signature on the Declaration of Independence. As president of Congress he was the first to sign the historic document.

Hancock and Samuel Adams, of the Sons of Liberty, were the two Patriots that the Redcoats attempted to arrest during their April 1775 march to Lexington to confiscate Patriot arms.

Here is a portion of Governor Hancock’s A PROCLAMATION For a Day of THANKSGIVING, given on November 8, 1783:

“And whereas… the interposition of Divine Providence in our favor hath been most abundantly  and most graciously manifested, and the citizens of these United States have every reason for praise and gratitude to the God of their salvation. Impressed therefore with an exalted sense of the blessings by which we are surrounded, and of our entire dependence on that Almighty Being from whose goodness and bounty they are derived…” (emphasis added). 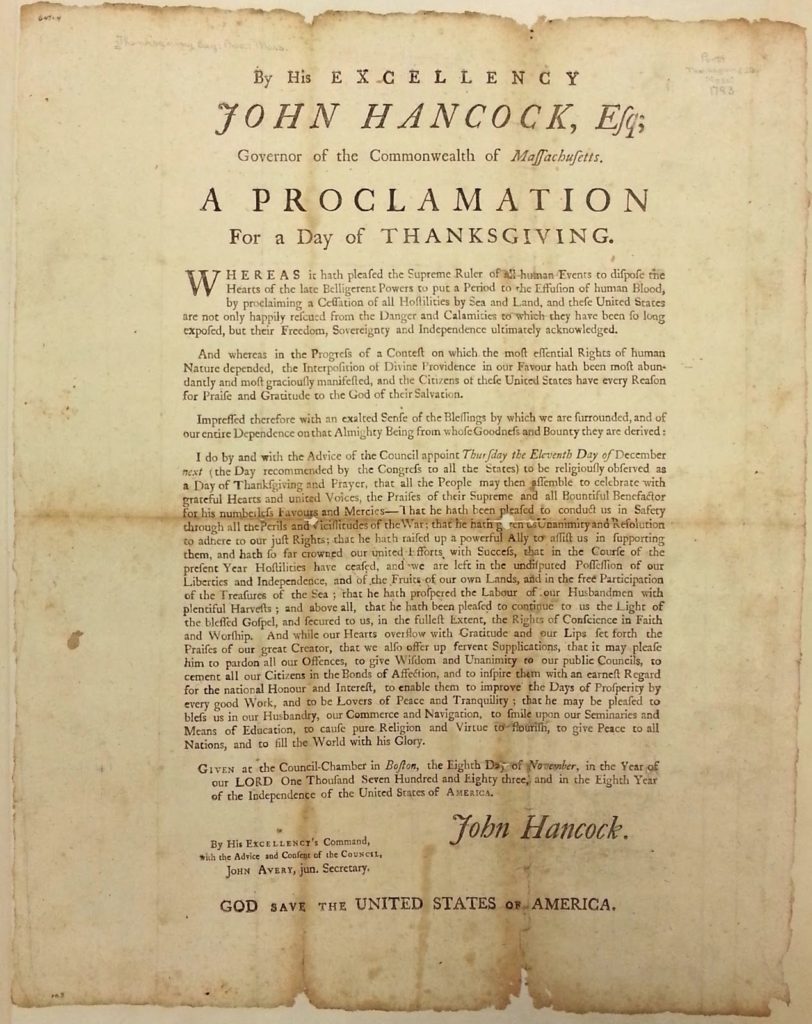 A Day of Thanksgiving: Lincoln and Washington