On this day in 1791, the United States ratifies the Bill of Rights, the first ten amendments to the U.S. Constitution. The purpose of the Bill is “to prevent misconstruction or abuse of [Constitutional] powers,” thereby protecting individual liberties.

The Virginia Declaration of Rights, written by George Mason, formed the basis of the amendments in the Bill of Rights.

Ultimately, Virginia was the last state to ratify the Bill of Rights.

Let us now scale that oft-misinterpreted “wall of separation between Church and State.”
First, with George Mason’s proposed wording for the First Amendment:

“All men have and equal, natural and unalienable right to the free exercise of religion, according to the dictates of conscience; and that no particular sect or society of Christians ought to be favored or established by law in preference to others.”

Furthermore, Thomas Jefferson borrowed his subsequently famous phrase from a well-known Baptist minister of the time. In a letter to the Danbury Baptist Association of Connecticut, Jefferson assured them that Congress would not violate the first amendment by placing one denomination, or sect, above the others.

Clearly, then, the intent of the First Amendment was not to harm religion, or even to isolate it from the state. Nor was it intended to appease atheists or please pluralists. Clearly, quite the opposite. 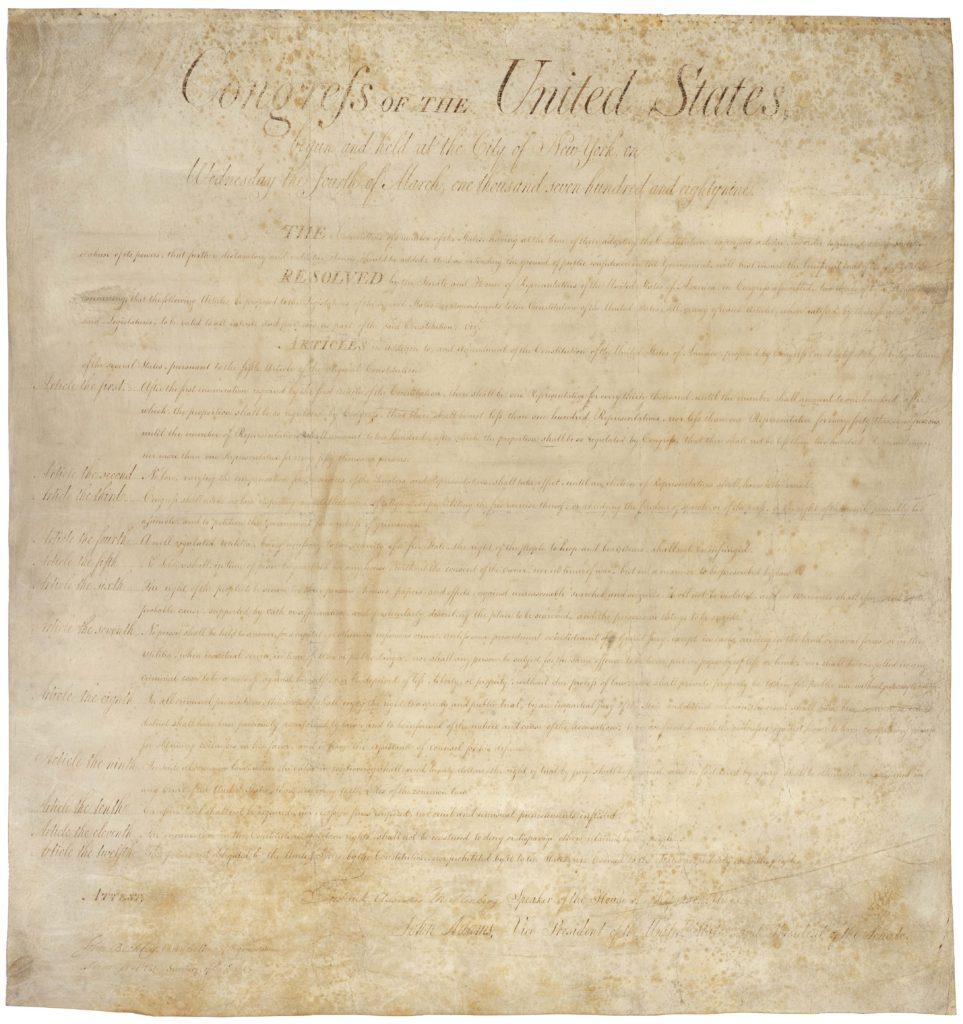