On this day in 1732, George Washington, the first President of the United States, is born in Westmoreland County, Virginia. Washington’s Birthday is now generally known as Presidents Day. In fact, it was the first federal holiday to honor an American president, and was originally established in 1885.

Presidents Day was celebrated on Washington’s actual birthday until January 1, 1971. Then, the Uniform Monday Holiday Act shifted it to the third Monday in February.

As a result, it can occur the 15th through the 21st inclusive, but not on Washington’s actual birthday.

Even so, it is still officially called “Washington’s Birthday” by the federal government and is although an occasion to remember all presidents.

As Our first President, and the “Father of Our Country,” Washington set many precedents for those who would follow him.

“A nation” and its “People”

Something we all would do well to remember is something Washington said in his first inaugural address:
“[T]he propitious smiles of Heaven can never be expected on a nation that disregards the eternal rules of order and right which Heaven itself has ordained…”

Also from that address, is the quote that inspired Our George Washington “Invisible Hand” t-shirt:
“No people can be bound to acknowledge and adore the invisible hand which conducts the affairs of men more than the People of the United States.” 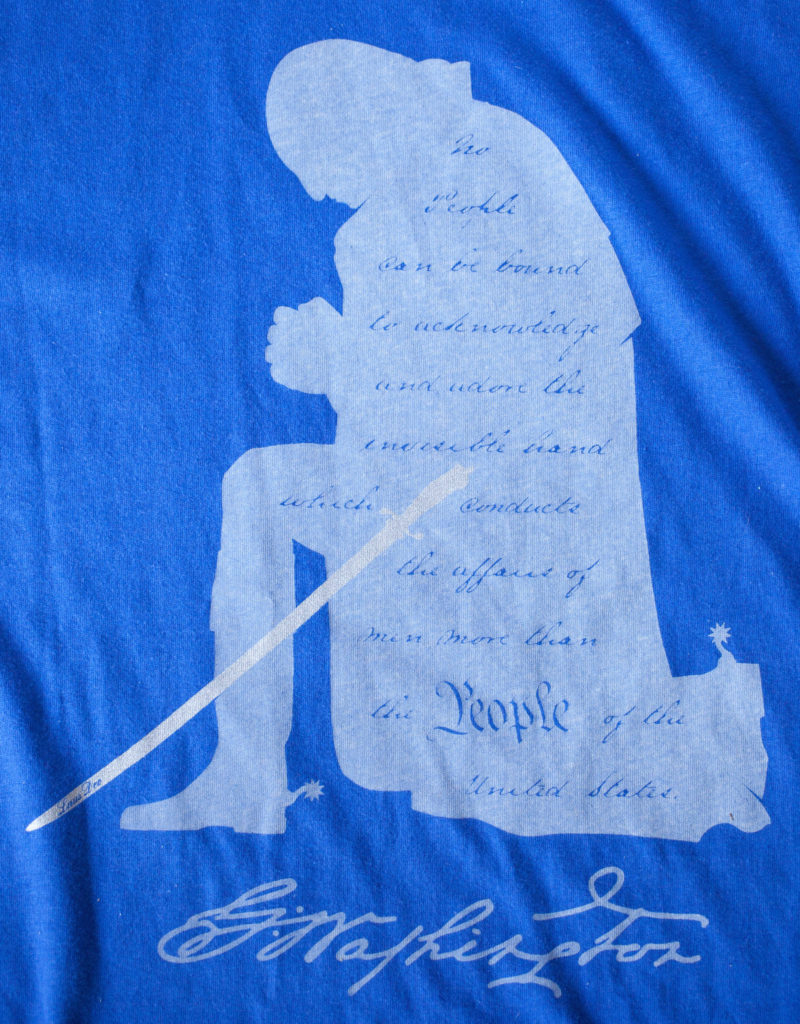 National Day of Prayer : "upon my knees"

Richard Nixon resigns: "May God's grace be with you..."