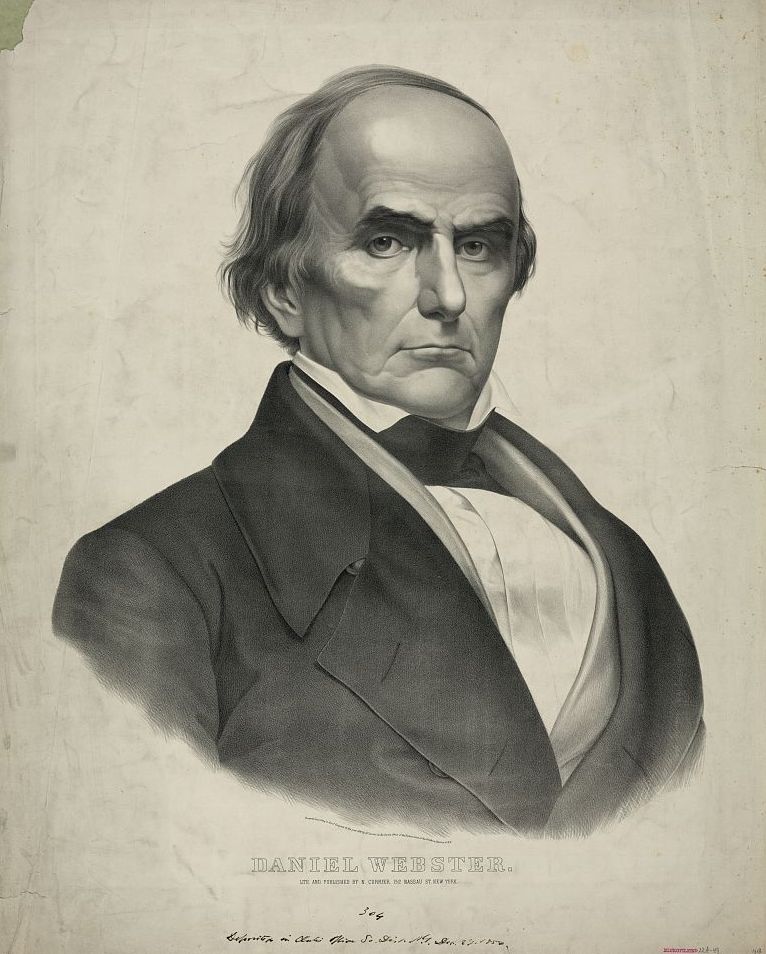 On this day in 1782, American statesman Daniel Webster is born in what is now Franklin, New Hampshire. Webster was an attorney, a member of the House of Representatives, and a Massachusetts Senator. In addition, he served as Secretary of State for three Presidents, including Millard Fillmore, John Tyler, and William Henry Harrison.

Daniel Webster is considered one of the greatest orators in American history. For example, his “Second Reply to Hayne” in 1830 is regarded as one of the greatest speeches in senate history. Then, his famous, controversial, three and a half hour “Seventh of March” speech in 1850 helped delay the Civil War.

So, here is a collection of a few other famous, brief, yet powerful quotes from Webster:

First, when asked “What is the most sobering thought that ever entered your mind?” Webster replied, “My personal accountability to God.”

Also, on December 22, 1820, to celebrate the 200th anniversary of the Pilgrim landing at Plymouth Rock, Webster said:

“[O]ur ancestors established their system of government on morality and religious sentiment. Moral habits, they believed, cannot safely be trusted on any other foundation than religious principle, nor any government be secure which is not supported by moral habits….Whatever makes men good Christians, makes them good citizens…

[L]et us not forget the religious character of our origin. Our fathers were brought hither by their high veneration for the Christian religion. They journeyed by its light, and labored in its hope. They sought to incorporate its principles with the elements of their society, and to diffuse its influence through all their institutions, civil, political, or literary.”

“If God and His Word are not known and received, the devil and his works will gain the ascendancy; If the evangelical volume does not reach every hamlet, the pages of a corrupt and licentious literature will; If the power of the Gospel is not felt throughout the length and breadth of the land, anarchy and misrule, degradation and misery, corruption and darkness will reign without mitigation or end.”

“If there is anything in my thoughts or style to commend, the credit is due to my parents for instilling in me an early love of the Scriptures. If we abide by the principles taught in the Bible, our country will go on prospering and to prosper; but if we and our posterity neglect its instructions and authority, no man can tell how sudden a catastrophe may overwhelm us and bury all our glory in profound obscurity.”

Dwight Eisenhower : All Nations, Under God